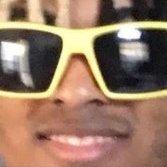 His whole planet was destroyed. He's the last of aholocaust. He grew up in the dirt. Finding out slowly how different he was. A stranger discovering every day how strange he was. He has the power to tear the world apart. And he could. With a pinkie. It's not his world. We're not his people. We should be ants to him. Imagine that. Always being on the outside. The pain that would come from always being on the outside. And yet, he took that pain and became the symbol of hope. -Batman

Superman is the last son of Krypton, sent as the dying planet's last hope to Earth, where he grew to become its protector.

edited by Anthonyp21 and Prospectone

This char really represents the Man of Steel

- Really Hard AI - 2 Super armors (light armor, heavy armor activates when life gets low to give that "not holding back" feel) - Kryptonite weakness (chars like batman, lex etc that uses it makes life drop critically low) - Magic Vulnerability (all DC and Marvel chars that use magic make life drop but not as low as Kryptonite) - Injustice Sound Patch - No block damage