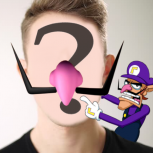 A full M.U.G.E.N game that includes 10 playable characters, each with 3 helpers to choose from. Although these characters are playable in other M.U.G.E.N games, there will be problems that don't occur here, like a clone appearing when doing a super, and Mario causing the opponent to stop moving in general when hit by his fireball. You also can't put any character not originating from this game in it, or it'll crash when said character appears. Other than that, it's no glitches that I could encounter.